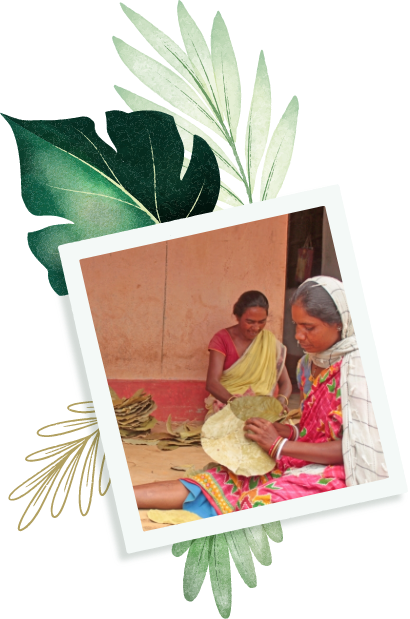 Minor Forest Produce forms an essential part of Tribal life and culture. According to the Tribal Cooperative Marketing Development Federation of India Limited (TRIFED), 100 million people living near or in the forests depend on MFP to meet their consumption and income needs. Odisha has a total forest cover of 43,981 sq km containing 120 recorded species of flora. This presents a brilliant opportunity for livelihood generation along with conservation of important floral species. Keeping in view the above, Vasundhara has been associated with Forest Based Livelihood generation in the intervention areas for the past two decades. We believe that by working closely with the Forest Communities to generate Forest Based Livelihood, we build an enterprise based on traditional and indigenous knowledge.

Vasundhara’s research initiatives have produced some exceptional results. Inputs from its field-level operatives and data collected from various other sources have provided valuable insights into the lives of vulnerable populations. Vasundhara works from the grassroots level to implement its programs. It assists communities in every stage of collective development.

Join Our Mission to Improve natural resources and livelihoods